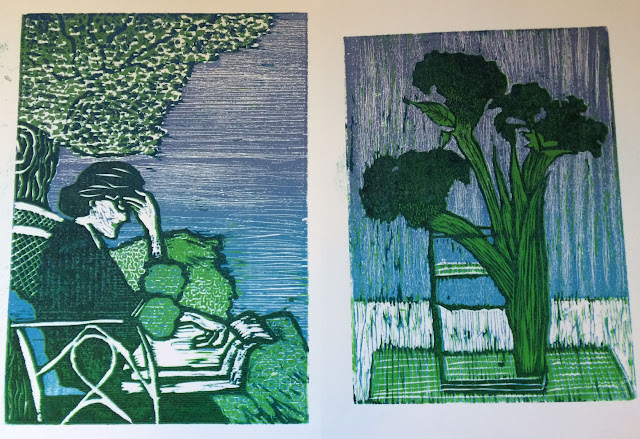 I believe that the main thing in beginning a novel is to feel, not that you can write it, but that it exists on the far side of a gulf, which words can’t cross: that its to be pulled through only in a breathless anguish.  Now when I sit down to an article, I have a net of words which will come down on the idea certainly in an hour or so.  But a novel, as I say, to be good should seem, before one writes it, something unwriteable: but only visible; so that for nine months one lives in despair, and only when one has forgotten what one meant, does the book seem tolerable” (D3 529)
Posted by Elisa Kay Sparks at 7:19 AM