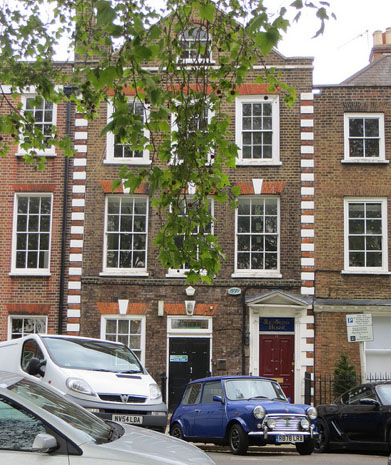 "In here." He led them into the cellar. It was a large cellar. With its crypt-like ceiling and stone walls it had a damp ecclesiastical look. It was used partly for coal, partly for wine. The light in the centre shone on glittering heaps of coal; bottles of wine wrapped in straw lay on their sides on stone shelves. There was a mouldy smell of wine, straw and damp. It was chilly after the dining-room. Sara came in carrying quilts and dressing-gowns which she had fetched from upstairs. Eleanor was glad to wrap herself in a blue dressing-gown; she wrapped it round her and sat holding her plate on her knees. It was cold.
The Years, "1917" (274)

On October 25, 1914, Leonard and Virginia moved into #17 the Green in Richmond.  Like the characters in The Years, they had to shelter in its basement with the servants during bombing raids on nearby Kew. 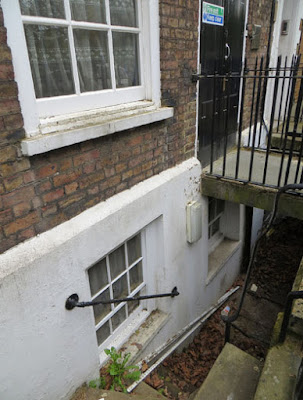