Two well-known writers were describing the sound of the guns in France, as they heard them from the top of the South Downs.  One likened it to ‘the hammer stroke of fate’; the other heard in it ‘the pulse of Destiny’. 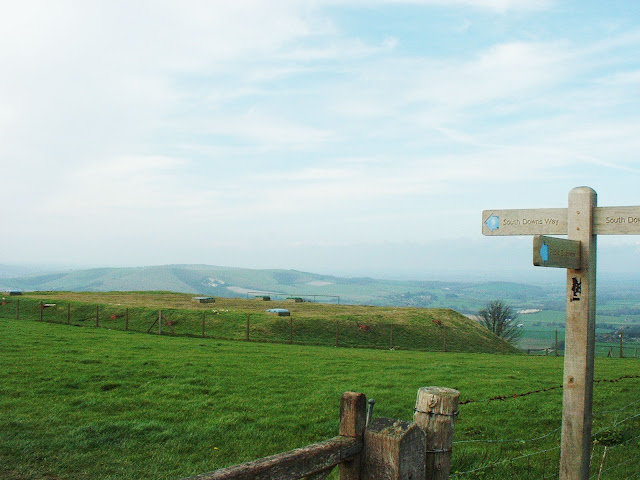 More prosaically, it sounds like the beating of gigantic carpets by gigantic women, at a distance.  You may almost see them holding the carpets in their strong arms by the four corners, tossing them into the air, and bringing them down with a thud while the dust rises in a cloud above their heads.  All walks on the Downs this summer are accompanied by the sinister sound of far-off beating which is sometimes as faint as the ghost of an echo, and sometimes rises almost from the next fold of grey land. . . . Often walking alone, with neither man nor animal in sight, you turn sharply to see who it is that gallops behind you.  But there is no one.  The phantom horseman dashes by with a thunder of hoofs, and suddenly his ride is over and the sound lapses, and you only hear the grasshoppers and the larks in the sky.