There it was--her picture. Yes, with all its greens and blues, its lines running up and across, its attempt at something. It would be hung in the attics, she thought; it would be destroyed. But what did that matter? she asked herself, taking up her brush again. She looked at the steps; they were empty; she looked at her canvas; it was blurred. With a sudden intensity, as if she saw it clear for a second, she drew a line there, in the centre. It was done; it was finished. Yes, she thought, laying down her brush in extreme fatigue, I have had my vision.
To  the Lighthouse (211) 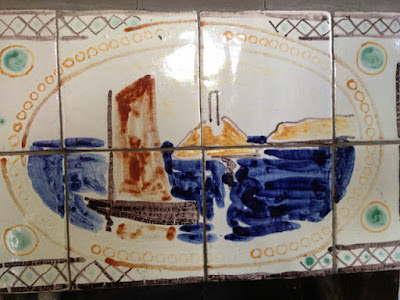 365 days ago, I committed to posting a year of blog entries on Woolf and flowers.  This is my 338th post.  I will continue to post from time to time, filling in days I missed or doubling up on days when I have a particularly good anniversary to celebrate.  Hope you’ve enjoyed the ride.