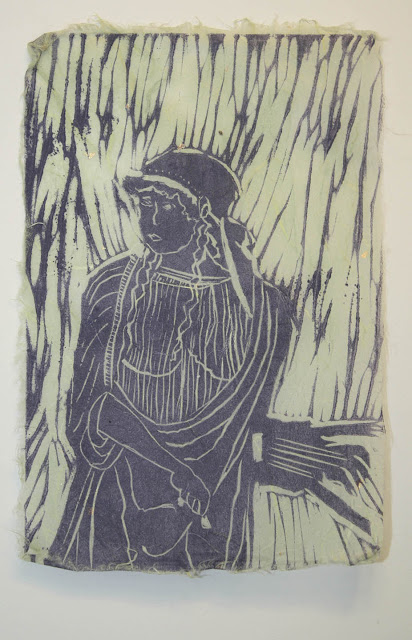 I remember," she broke off, "an Aunt of mine who lived at Dulwich and kept cactuses. You reached the conservatory through the double drawing-room, and there, on the hot pipes, were dozens of them, ugly, squat, bristly little plants each in a separate pot. Once in a hundred years the Aloe flowered, so my Aunt said. But she died before that happened--" We told her to keep to the point. "Well," she resumed, "when Professor Hobkin was out, I examined his life work, an edition of Sappho. It's a queer looking book, six or seven inches thick, not all by Sappho. Oh, no. Most of it is a defence of Sappho's chastity, which some German had denied, add I can assure you the passion with which these two gentlemen argued, the learning they displayed, the prodigious ingenuity with which they disputed the use of some implement which looked to me for all the world like a hairpin astounded me; especially when the door opened and Professor Hobkin himself appeared. A very nice, mild, old gentleman, but what could he know about chastity?" We misunderstood her.