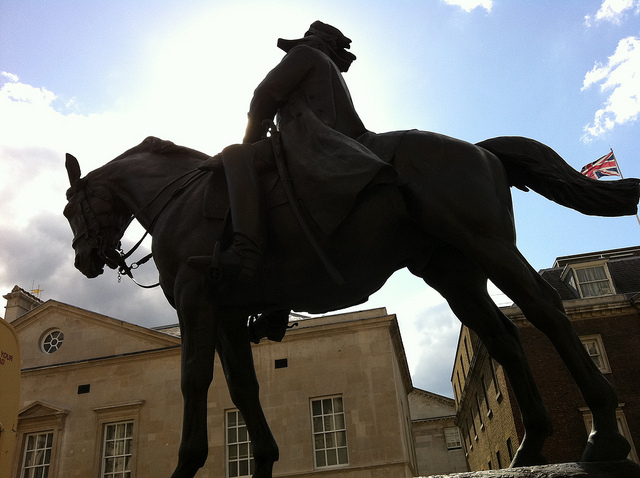 Walk through the Admiralty Arch (I had reached that monument), or any other avenue given up to trophies and cannon, and reflect upon the kind of glory celebrated there. Or watch in the spring sunshine the stockbroker and the great barrister going indoors to make money and more money and more money when it is a fact that five hundred pounds a year will keep one alive in the sunshine. These are unpleasant instincts to harbour, I reflected. They are bred of the conditions of life; of the lack of civilization, I thought, looking at the statue of the Duke of Cambridge, and in particular at the feathers in his cocked hat, with a fixity that they have scarcely ever received before. And, as I realized these drawbacks, by degrees fear and bitterness modified themselves into pity and toleration; and then in a year or two, pity and toleration went, and the greatest release of all came, which is freedom to think of things in themselves. That building, for example, do I like it or not? Is that picture beautiful or not? Is that in my opinion a good book or a bad? Indeed my aunt's legacy unveiled the sky to me, and substituted for the large and imposing figure of a gentleman, which Milton recommended for my perpetual adoration, a view of the open sky.